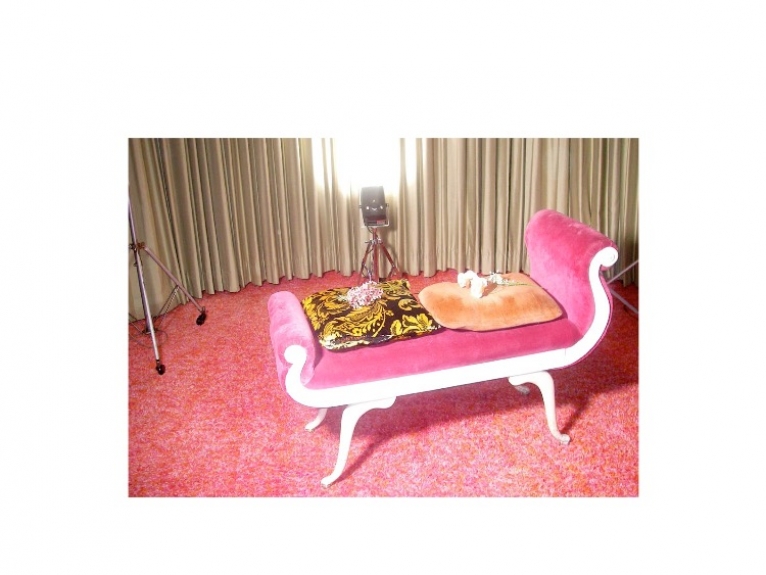 In Montreal in 2009, with the help of Regent Photo Studio on Avenue du Parc, mark took a snapshot of themselves by recording the photographer's directions. The collective subsequently transcribed this recording, and transformed it into a poem. This poem is the material of this publication, which does not contain the photograph, but an instruction on how to get it. The project also served as the inspiration to a text installation the collective set up at WE LEFT THE WARM STABLE AND ENTERED THE LATEX VOID (WLTWSAETLV), which is located around the corner from Regent Photo Studio.

mark is a collective of five female artists that formed in Bremen. Their interventions are often an investigation into seemingly mundane, common, banal events.